We had great fun with thousands of other people lining the streets of Hindley, near Bolton for the arrival of the Olympic Torch and its change over to young Cameron Foster.
Hardy Productions UK is putting together a Showreel for Cameron who at the age of 17 has led a very full life, triggered when about 6 years ago, he had a terrible accident, falling 40 feet off a ski lift onto sheet ice. Recovering miraculously from his injuries, this has been a wake up call for him, and unlike most people of his age, he has worked with several charities raising money on their behalf, and it is understood that to date, he has raised more than £20,000.
When he is not at school, he is coaching football, cricket and karate with other youngsters, he is working with the Lancashire Country Cricket Club Foundation and several others and more can be found by visiting his blog.
So there we were on Wigan Road, Hindley around 5pm on May 31st watching and filming Cameron arrive in his Olympic bus, to the roar of the spectators, light up his torch from the previous runner, and make his way along the designated 300 or 400 yards to the next torch bearer. This is a spectacle that few of us will see again in our lifetime, and everyone present enjoyed the fun!
So what of Cameron?
Well, he is working on his next venture seeking out 10 celebrities to participate in 10 challenges (of their choice), so that £1million can be raised for several charities.
Anyone up for Celebrity Challenge? Twitter @CCCChallenge for more information.
If anyone can leave a legacy for the future, it will be Cameron Foster!
Posted by Hardy Productions UK at 10:52 AM No comments: 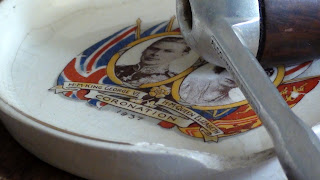 This is a poignant reflection on Alzheimers and those who become involved with it.
It was made specifically for Virgin Media Shorts by Nigel Anderson, with help from Michael Thompson, their first entry into any sort of film competition. See what you think!
The film may not run from the Virgin Media Shorts if you are using a portable device. If this is the case, the film can also be found on YouTube at http://www.youtube.com/watch?v=3RuqgNkZjAk
Posted by Hardy Productions UK at 10:15 AM No comments: