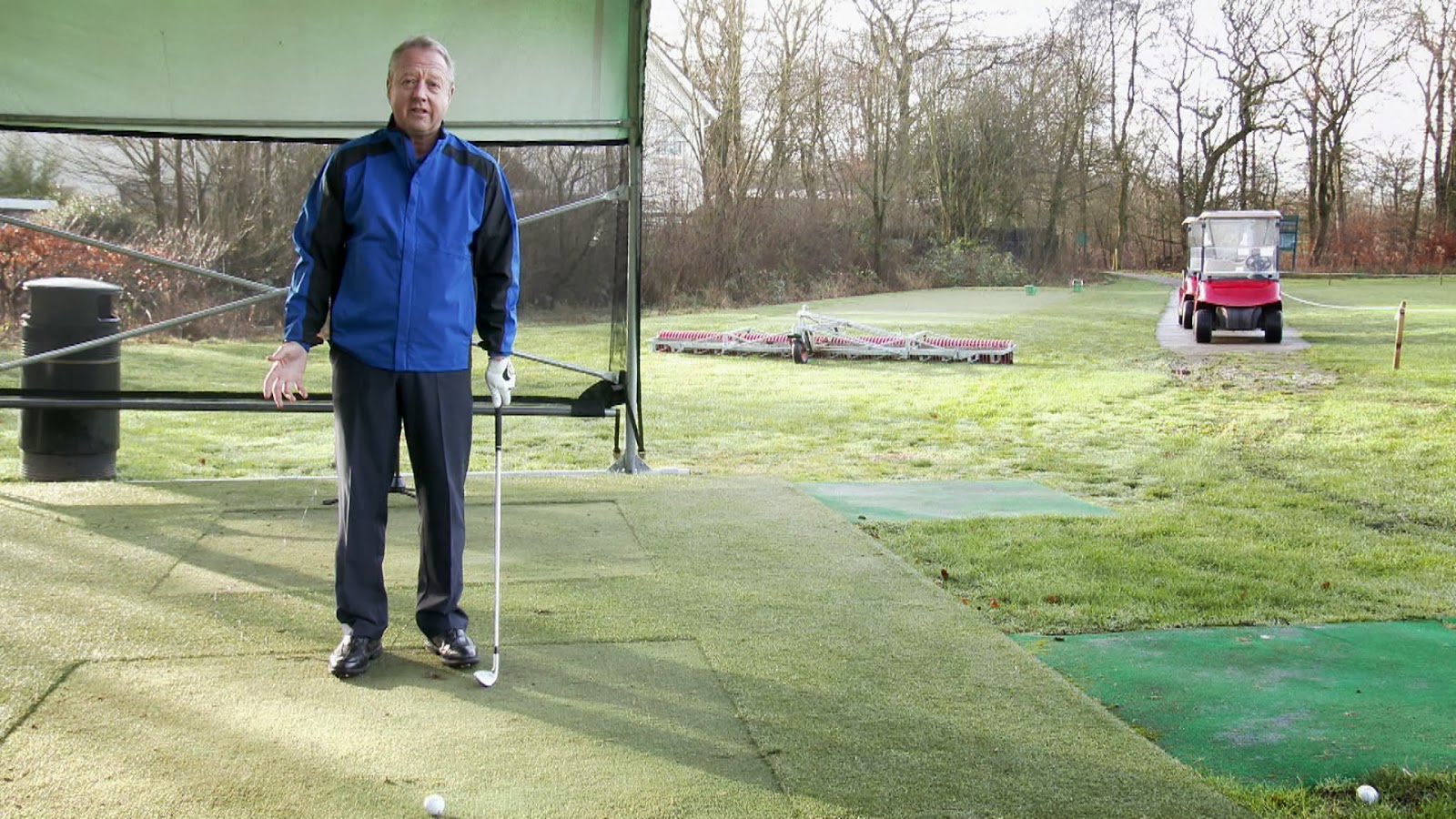 A cool winter's Friday morning saw us on the Driving Range at Marriott Worsley Park together with David Screeton, Head Golf Coach. The plan was to film several golfing tips for publication by Marriott Worsley Park and GolfMagic magazine through Sway Communications.
The question was "How should we film this to get the best angles of David's coaching?"
Originally, we had considered using two high definition cameras, one facing David, as in this picture, the other slightly to the front of him on the driving range so as to see frontal shots of him driving. However, on reflection, we did not think this would be enough, so we installed two further high definition cameras, one to the rear, and one, on the ground, directly facing his drive. Needless to say, at some stage during the filming, that ground camera (GoPro) received the full impact of the ball, when driven by one of our colleagues. Fortunately, these GoPros are very resilient and no damage was done!
The resulting films can be found, as they are published on our website Sporting Films page.
Posted by Hardy Productions UK at 2:02 AM No comments:

It is Thursday 6th Februry 2014 and miraculously,  a relatively sunny though windy day, and the rain held off till later.
We are at Cosgrove Hall Court, Chorlton-cum-Hardy, Manchester and people are gathering together for rather a special event.
What is the significance of Cosgrove Hall, one might say?
Anyone who has heard of iconic children's films like Chorlton and the Wheelies, will have unwittingly have heard of Chorlton.
Anyone who has heard of Danger Mouse, Count Duckula, The BFG may not be aware that these were all made by Cosgrove Hall studios, in the centre of Chorlton, until 2009 when the company of Cosgrove Hall ceased to exist and the studios were vacated. I should say that Cosgrove Hall Fitzpatrick are now live and well and based in nearby Didsbury, and Brian Cosgrove, one of the founders of Cosgrove Hall, is still very much involved.
McCarthy and Stone, developers and builders, bought the old studio and demolished it in 2012. Since that time, they have developed Cosgrove Hall Court, a block of apartments specifically designed for retirement living.
People are gathering because this is a very special event.
A plaque in memory of the work of Cosgrove Hall Studios is to be unveiled by Brian Cosgrove, in the presence of the Court's home owners and guests. Among those attending is the widow of co-founder, Mark Hall.  Also attending are Peter Topping, artist, Andrew Simpson, historian, and John Leech MP.
Hardy Productions UK, who filmed the GLAD TO BE IN CHORLTON - Opening of Exhibition of "Chorlton-Cum-Hardy The Story" at the site in September 2012, were delighted to be invited back to film the unveiling of the plaque. This latest film can be found at http://www.youtube.com/watch?v=NhnJEWH-_jg.

Posted by Hardy Productions UK at 5:37 AM No comments: