In an earlier blog, we announced that we were running a raffle for the Christie Charity, the choice of the cast and crew who made our first film drama, "Cry England!" during 2013.
The tickets went on sale in early January at various locations around Chorlton-cum-Hardy until the draw on 7th March 2014.
We are indebted to all those who donated prizes, 10 in all, for the raffle.
These included Peter Topping's painting of the Lychgate at Chorlton Green Churchyard, a £25 give voucher for the Trafford Centre donated by Mrs Anderson, three hampers supplied by Epicerie Ludo (including two gifted by Hardy Productions UK), three vouchers from the Human Touch Centre for Natural Therapy, a set of keys from Chorlton Locksmiths and a bottle of wine from the Bowling Green Hotel.
We are also indebted to all those who sold tickets on our behalf, not just those who donated the prizes but others including the Post Box Cafe, Chorlton Eatery, Chorlton Bookshop, Elliotts Greengrocers and K-Style Barbers.
Without your help we would not have raised as much money.
The draw was held at the Christie Charity during the afternoon of the 7th March, the ticket stubs being mixed up in a tombola, before Stef Underhill from the Christie pulled out the winning tickets.
We are rather glad that she did, and not one of us, as the results were quite extraordinary. The set of keys, donated by Chorlton Locksmiths, was won by Chorlton Locksmiths.
The first prize was won by the Bowling Green Hotel, who are practically next door to the Lychgate. And a relative of the organisers won a hamper! If the draw had not been independent, there might well have been good cause for those who participated to raise their eyebrows, but honestly folks, it was all above board!
We have been delighted to have been able to hand out the prizes to the winners who represented a broad cross section of Chorlton life (and further afield).
Mark Canny accepted the first prize from Peter Topping a week after the draw outside the Bowling Green Hotel, a prize which will hang proudly inside the bar! 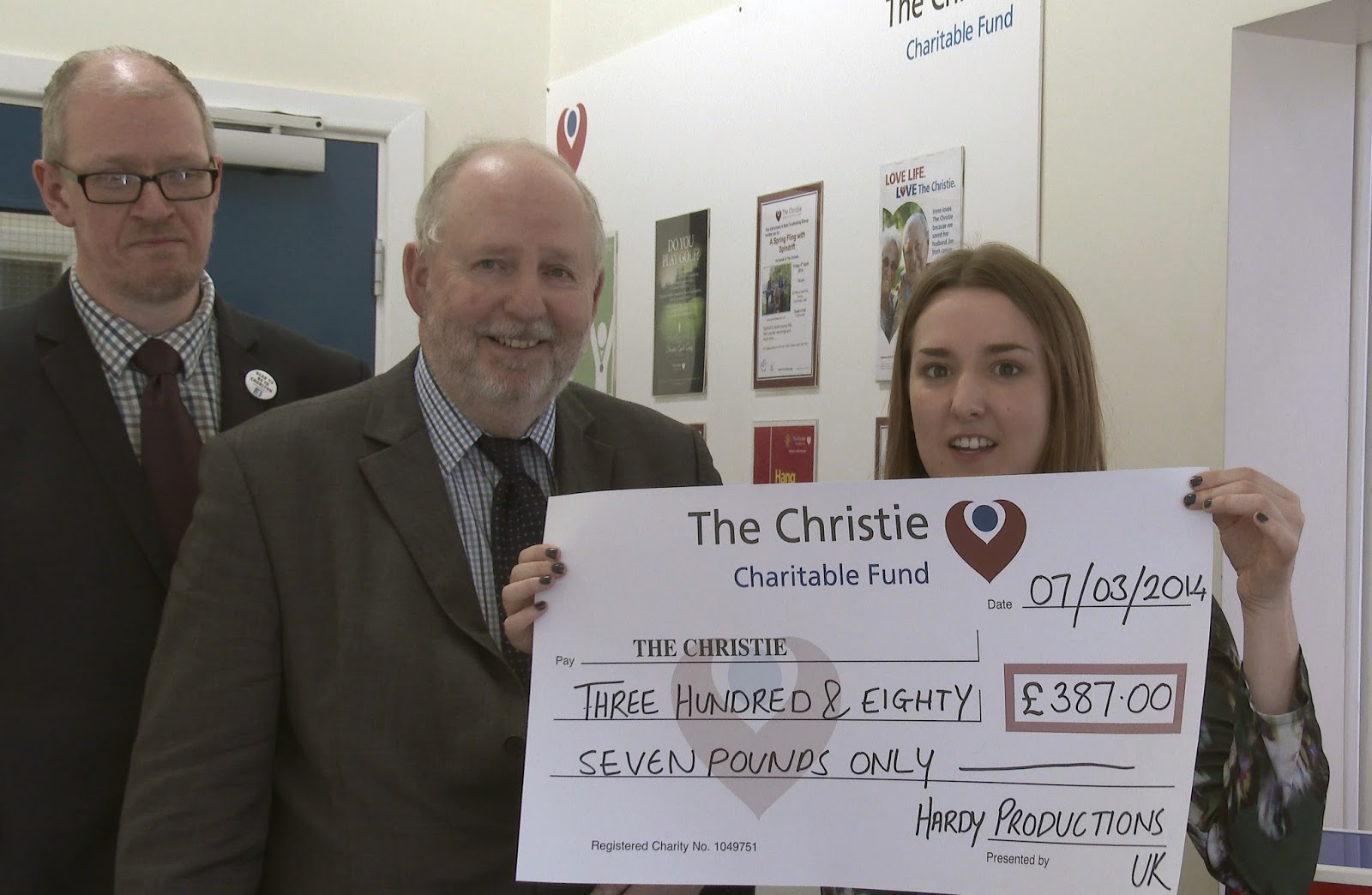 And, ok, so far, we have raised about £600 from the raffle and from other collections, which is well short of our rather ambitious target of £2,000. We are not giving up yet as we have planned showings of "Cry England!" during the coming months, and fingers crossed, more money will be raised!


Posted by Hardy Productions UK at 2:41 AM No comments: