Last year, we made "Cry England!" written by Nigel J Anderson, this year we are due to make two short dramas, the first of which, "Angel Snow" (also written by Nigel J Anderson who also plays the criminal father in "Angel Snow") is now approaching the end of shooting.
There is one last scene to be filmed with an actor, in a magistrates courtroom, and there is a riot sequence that is still in the planning stage. We are already piecing the various scenes together, checking sound quality etc. for the first cut of the film.
"Angel Snow" is quite ambitious for another zero-budget film.
We think it will run for about 30 minutes, but we have filmed it in the 4K (17:9) format which is slightly wider than standard HD (16:9) and over four times the size! Also, it is being made in black and white.
Being in a cinema format, wouldn't it be great if it could be accepted for viewing in a cinema?
We wish ...... But the stills in this blog will give you an idea of the ultra high definition quality of the film. Click on them to find out.
The style of filming is very different to "Cry England!" where virtually everything was shot using a tripod with or without tracks or a jib. This gave a very "David Lean-ish" quality to the film, in a rather old fashion way.
"Angel Snow" is almost exclusively shot hand-held or on a monopod to convey an informal atmosphere to what is quite a difficult and fraught subject, the tussle between estranged parents over their 18 year son during some quite difficult times in Salford a few years back, the riots which sparked in London but were also experienced in Manchester and elsewhere. There is nothing protesting about the activities of Gabe and his friends. It is pure opportunism.
We are indebted to a number of people who have allowed us to use their premises for filming, including Mr Ron Keeling of K-Style Barbers in Chorlton, Mr & Mrs Anderson in Swinton and Mr Frank Carr (modern flat in central Manchester) to name just some.
There is still quite a bit to do to the film, checking continuity between scenes, working on the sound and most importantly working on the music which it is hoped will be produced for the most part in-house.
We hope to release "Angel Snow" in the Autumn, by which time we to start filming our next drama, "Stuck in the Groove" based on a script by Gareth Preston. And yes, this is a zero-budget film also, involving quite a sizable cast of actors.
Now if we could only find someone who would commission us to make a film for money .............!
As before, we hope to raise money for charity out of showing "Angel Snow", the chosen charity being Talbot House which supports families of people with learning difficulties.

Posted by Hardy Productions UK at 11:20 PM No comments: 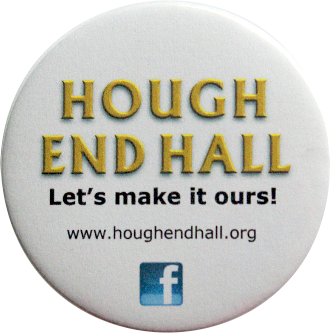 Anyone who has been living in Chorlton-cum-Hardy and indeed, Withington or Didsbury, all in the southern part of Manchester, will be aware of Hough End Hall and the campaign by friends of the Grade 2* listed hall to find a way of buying it for the community, particularly the South Manchester Community.
Hardy Productions UK are proud to have sponsored the making of a short fund-raising film, about the campaign to buy, featuring Carolyn Kagan and Peter Topping as Friends of Hough End Hall, and Andrew Simpson, local historian.
So it was that we joined with Carolyn, Peter and Andrew outside the hall on Monday lunchtime, 7th July 2014, complete with 4K video camera, sound and lighting. Inevitably, as always seems to be the case on such occasions, as we were about to start filming the external speaking shots, what sounded like a complete operatic aria started up in the vacant office building next door, together with the inevitable gale force wind. Why is it, when we arrive somewhere, the weather is calm, the surroundings are peaceful, but by the time we are ready to film, all hell lets loose?
Having completed the externals, it was time to go inside a building which has not been occupied for some years. The agents for the building very kindly arrived with the keys and in we went. It was quiet, it was fairly dark and the alarm was beeping, to warn that its battery life was near and end. And then suddenly, before we had started filming inside, all hell let loose again as the alarm went off. Fortunately that was not for long and we were able to film relatively undisturbed.
There is not much left of the original inside of the building, sadly, but we filmed Andrew on the first floor, against some of the windows that are in a better condition.
Why is all this happening?
The building is vacant and is up for sale for £300,000, well below its value at the peak of the property boom. It would make an ideal location for the South Manchester Community, close to two metro tram stations and on one or more bus routes. It is spacious and could house all sorts of community activities as well as providing somewhere to eat, if required.
More information on the campaign can be found at houghendhall.org and our film can be seen at https://www.youtube.com/watch?v=Uv-9NwvKO-A on YouTube.
Posted by Hardy Productions UK at 9:39 AM No comments: