We were very fortunate to be invited in late October to film something very different - the first of a possible series of "SmoothieWars", between members of a group of food bloggers, well known in the Manchester area. It was to be a 'fly on the wall shoot', following the action, but not controlling it, within the relatively confined space of the PostBox Cafe, a popular venue in the middle of Chorlton-cum-Hardy.
The purpose was to make a series of short films showing the Nutri Ninja blender, only introduced to the UK about four weeks before, in action, operated by the bloggers themselves.
Each blogger was asked to comment on their experience with the blender, how their smoothie turned out and whether they might use it at home.
After a tasting session, there was a vote for the best smoothie of the evening.
For an event such as this, we decided to use three High Definition video cameras, two operated and mounted on tripods with dollies, the other (the GoPro) fixed to the wall, facing the action. This gave us a chance to pick up on most of if not all of the action going on. 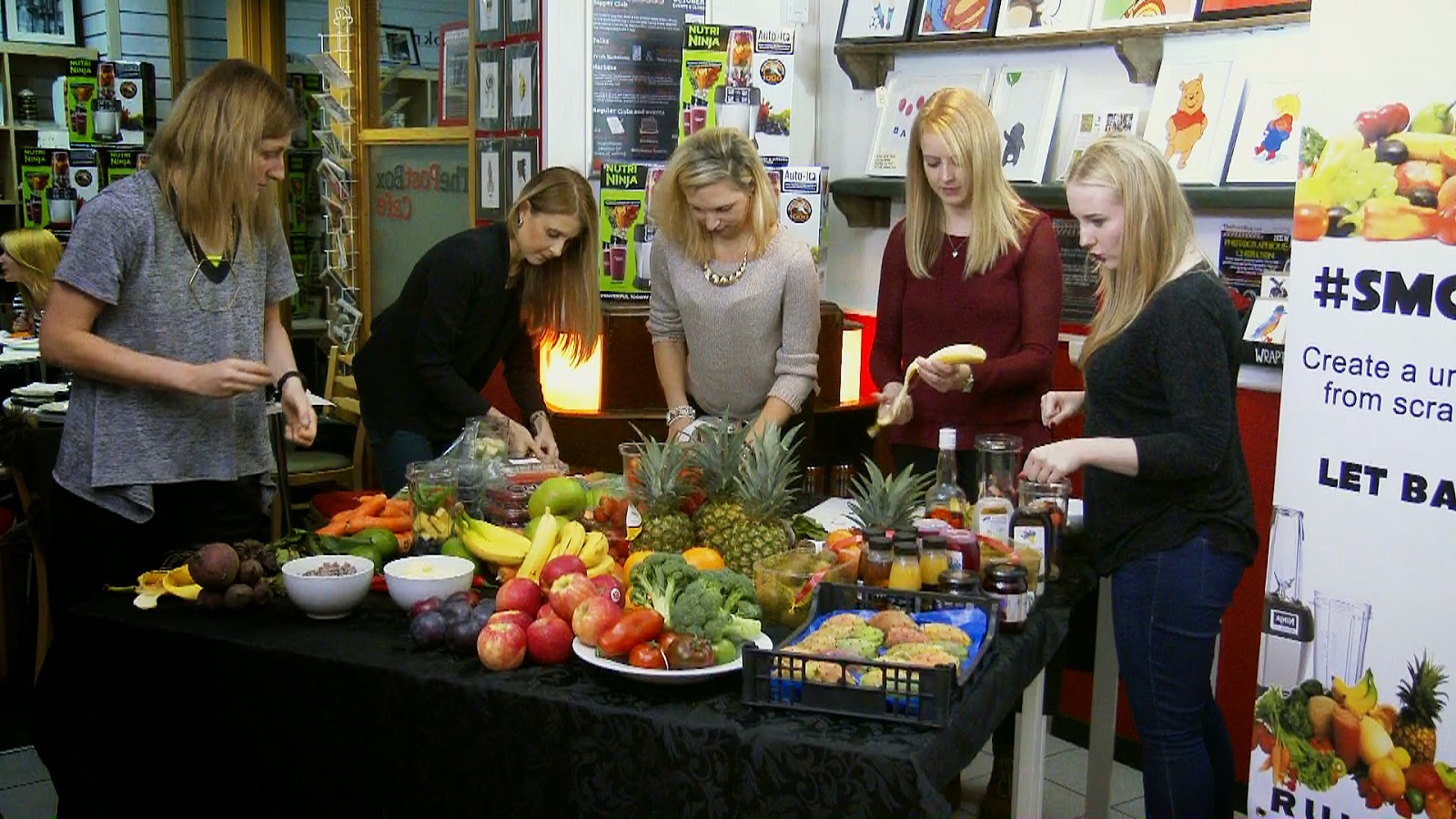 Lighting was more tricky, but we were lucky. There was just enough space to set up two flood lights reflecting off the ceiling, either side of the GoPro, and another two flood lights, back to back, set up behind the strategically placed banner.
The result, relatively even lighting, appropriate to the occasion.
The films of the event can be found on the Ninja Kitchen UK YouTube channel.
Happy blending!

Posted by Hardy Productions UK at 4:21 AM No comments: