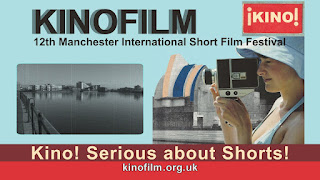 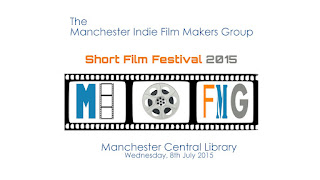 Often under-estimated, but we would suggest that the way in which independent films, lovingly made by experts and enthusiasts alike, are presented is critical to the standing and success of a festival as well as the films. Film makers wish their films to be shown, ideally, at their best, and will often go to great lengths to ensure that the best quality version of their film is presented to the audience. 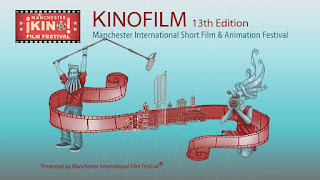 You could just receive the films for each programme event on separate discs or USB fobs, and project them one by one onto the screen in front of the audience, but that would not do anything for the professionalism of the Festival, whether it be consisting of one programme or several. It would just look unprofessional!

Since 2014, we have received from film makers over 400 films for presentation at festivals, in all shapes and sizes, with file sizes ranging from 500MB to 35GB.

We have compiled them into the various programmes, normally 90 minutes in duration, creating 'stings' to front title and end title for each programme with short announcements in between each film.

We have created the 'stings' using our most favourite compositing program, HitFilm, creating 3-dimensional space which can be viewed by a 'camera' from any direction.

Each programme is rendered to a file type suitable for blu-ray disc production, equipped with markers at the start of each film. Care has to be taken here as films arrive in different frame rates (23.976fps, 24fps,25fps, 30fps are typical). Some are progressive, some are interlaced. We have found by experience that the safest format to convert all of these to is 50i (50 interlaced frames per sec, equivalent to 25 full frames per second) which seems to limit any loss of quality of the films on the blu-rays, avoid uneven movement and so on. 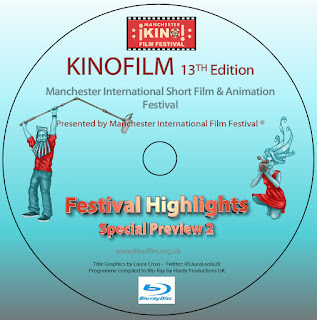 Each blu-ray is provided with menus, designed to match the brand of its festival. The programmes can be presented in high definition in any venue equipped with high definition projection, showing the programmes and their films off to their current best, in a professional and slick manner. With 4K blu-rays in the offing during 2016, that may well become the best, but we are not there yet!

The work and times that goes into the compilation is extensive, from the downloading of the various films, to the creation of the stings, to the assembly and rendering of the programmes, to the preparation for and burning of the blu-rays.

This is in addition to the hard work put in by the festival organisers who have to select the films in the first place, viewing sometimes literally thousands of films offered to them, developing the individual programmes, creating an order in which the films are to be shown.

For the current Manchester International Short Film and Animation Festival, due to run 35 different programmes over a period of 7 days in Manchester from 22nd February 2016, approximately 2 man months have been necessary for the compiling work.

For information on this festival, go to kinofilm.org.uk and if you live in the Manchester (UK) area, do go along an enjoy what the best international indie film makers have to offer.

The next Manchester Indie Film Makers Group Festival is planned for September 2016 at Manchester Central Library.

Posted by Hardy Productions UK at 12:26 AM No comments: