Recording the Past - World War 2 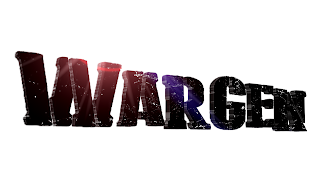 "WarGen" is not an established term, but might soon be as the project takes off to record the memories of those veterans and civilians, who lived through the Second World War.

WarGen is the initiative of Dan Snow and Jame Holland, historians and broadcasters. 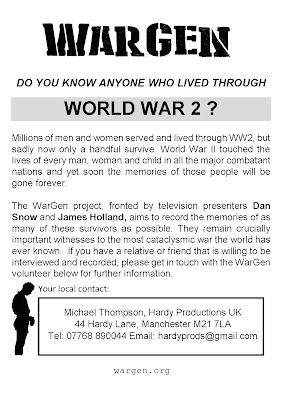 Hardy Productions UK is pleased to be part of that initiative, helping to identify WW2 veterans and civilians who might be willing to talk to camera about their memories and experiences during the war.

Typically, those who have been interviewed have been in their late 70s and older, and what is challenging is that there seems to be a lot of them, not just in the United Kingdom, but world-wide.

WarGen currently has about 300 volunteers, world-wide, seeking potential interviewees. It is not limited to interviewing just those from the UK but is open to all, regardless of which side of the conflict they may have been on. What better way to record a balanced view of that war?

So far, since Christmas 2016, Hardy Productions UK have filmed three civilians who lived through WW2, of varying ages, and there are more coming forward, mostly military veterans.

Here are those interviews we have recorded so far (transcripts of the interviews can be found by clicking on their names):

We are looking forward to meeting our next interviewee soon, with several others in the pipeline.
Posted by Hardy Productions UK at 11:31 PM 1 comment: